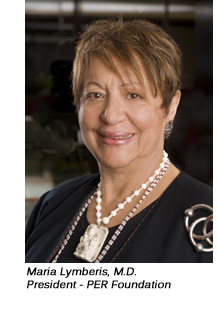 For more than 20 years the PER Foundation has been working to promote public education thru various programs including its highly successful special educational events. PER has also been supporting excellence in Psychiatric Education and funding research on children’s mental health. In addition, the PER is focused on recognizing persons in our community whose work and life provides hope and inspiration for improved treatments and for defeating the stigma & discrimination that is still present against persons with psychiatric problems.

The mission of The Psychiatric Education and Research Foundation (PER) is to build bridges of understanding between psychiatry and the general public through public education, research and community outreach. PER is a nonprofit organization that is funded solely by contributions and grants. Since its inception in 1990 PER has been operating with no full time paid staff by its all volunteer officers and board members.

In the early 1990’s PER partnered with NAMI (National Alliance on Mental Illness) and provided seed money to fund the effort of bringing to California the new innovative educational program that started in East Coast: The Journey of Hope education program to California. This program evolved into what is now the premiere national NAMI Family to Family program.